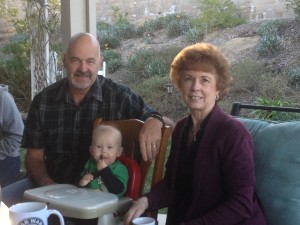 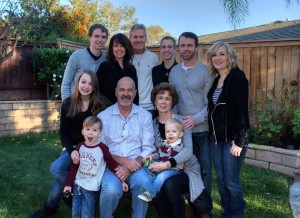 I have been so very blessed with my 47+ years of marriage to Diane!  When she said “I do” on June 23, 1973, a wonderful, fulfilling, happy journey began.  Today, we have the joy of a very close family: our son, Ryan, his wife, Kirsti; our daughter Andrea, and her husband, Paul, and seven grandchildren. The youngest, Micah, is in the top picture, and the whole crew minus one is in the lower one.  Together, we are very intentional grandparents and love living very close to Micah, his two older brothers, and mom and dad.  In fact, we moved to Riverside, California (where we live) in 2012 just so that we could fulfill the pattern we saw in the Bible of the importance of grandparent involvement.

Founder of the Legacy Coalition 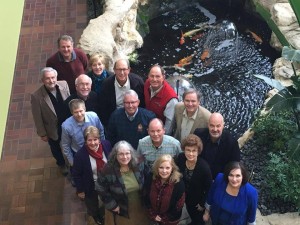 believe in God’s calling.  And a crazy crazy thing has happened to us; at age 63,  Diane and I received a new one–to lead a brand new organization focused on equipping and envisioning grandparents. As we became more intentional ourselves, we realized the incredible gap that existed between the potential influence that grandparents could have on kids, and the reality of how little that influence is recognized, equipped, and cultivated.  We desired to make a difference, and have stepped out on faith to lead an awesome team of national ministry leaders in this endeavor.  We have big dreams, and the future will tell the effect of this.

I grew up on a cattle ranch in Nebraska; Diane grew up in Riverside, California.  Both my parents and hers were deeply devoted to living for God, and we are so thankful for our heritage. I trusted in Jesus Christ as a my Savior as a very young boy, and then at age 13, I first sensed God’s calling on my life.  While I still have a long way to go in my spiritual walk, I’ve been very sincere in my desire to honor God in all I do.  Diane and I met and married in college (John Brown University), and then after graduating with a master’s degree in Christian education from Talbot Theological Seminary, I served as youth pastor at Diane’s home church for nearly five years.  God then called us to the Awana ministry, where we have served for the past thirty seven years.

Our calling in life has been to equip those who work with kids.  I’ve enjoyed many opportunities in fulfilling that calling, serving as a local-church Awana leader, missionary, speaker, author, teacher, pastor and executive director of international ministries, program development, and training.  We became full-time Awana missionaries in 1979, serving churches and starting Awana ministries at churches in the Los Angeles area until 1996, when I was asked to join the headquarters staff of 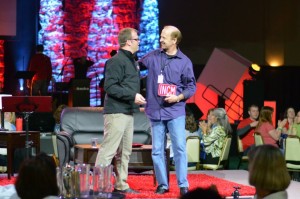 Awana and use our experience in the field to begin training other missionaries worldwide. God has been so good; I’ve had the privilege of training children’s workers in 47 countries!

In 2012, the International Network of Children’s Ministry honored me with its national Legacy Award for 35 years of service in children’s ministry. 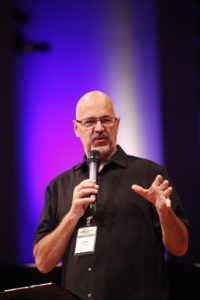 I stay amazed at the doors God has opened for me in ministry.  I’ve had the chance to keynote a conference of 7,000 in the Philippines, and encourage a handful of children’s workers meeting in a pig barn in Cuba.  I’ve trained some of God’s best workers above the Arctic Circle in Russia, and on the banks of the Amazon.  He has allowed me to share my thoughts through books, articles, radio, workshops, sermons, blogs (though I’m pretty spotty about that), and conversations.  I can’t believe people listen!

Now this next chapter of life is ahead; a time when my  platform has changed, and now I am targeting another group of children’s workers: this group is called “grandparents.”

This is my personal story; if you want my official “bio”, you can find it here: Larry Fowler Biography